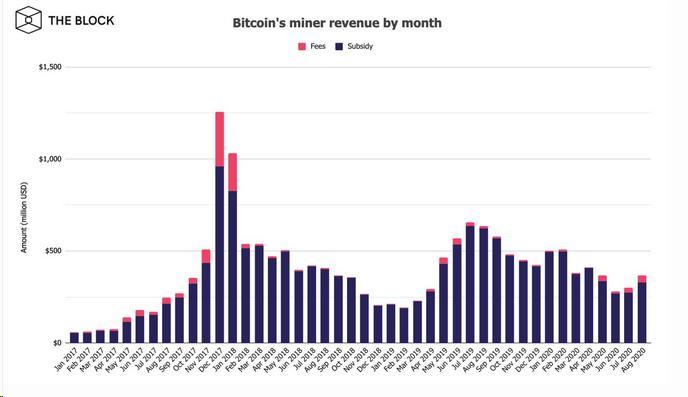 The revenues of Bitcoin miners in August reached $ 368.3 million, according to data from The Block. The increase in comparison with the previous month was 23.19%.

Taking into account block rewards and commissions, Bitcoin miners’ earnings in August were the highest in three months and since halving. The share of commissions in income rose from 8.5% in July to 10.7% in August.

Also, Glassnode data indicates that almost 10% of all Bitcoin miner fees currently come from deposits to centralized exchanges. The value has not risen to this level since January 2018. At the beginning of 2020, exchange-traded deposits accounted for only about 4% of miners’ commission income.

According to BitInfoCharts, for a long time above $ 2 commissions on the Ethereum network were held only twice before. The first such case was recorded from 5 to 15 January 2018, the second from 1 to 7 July of the same year.