WEF has published a guide to the creation of state cryptocurrencies 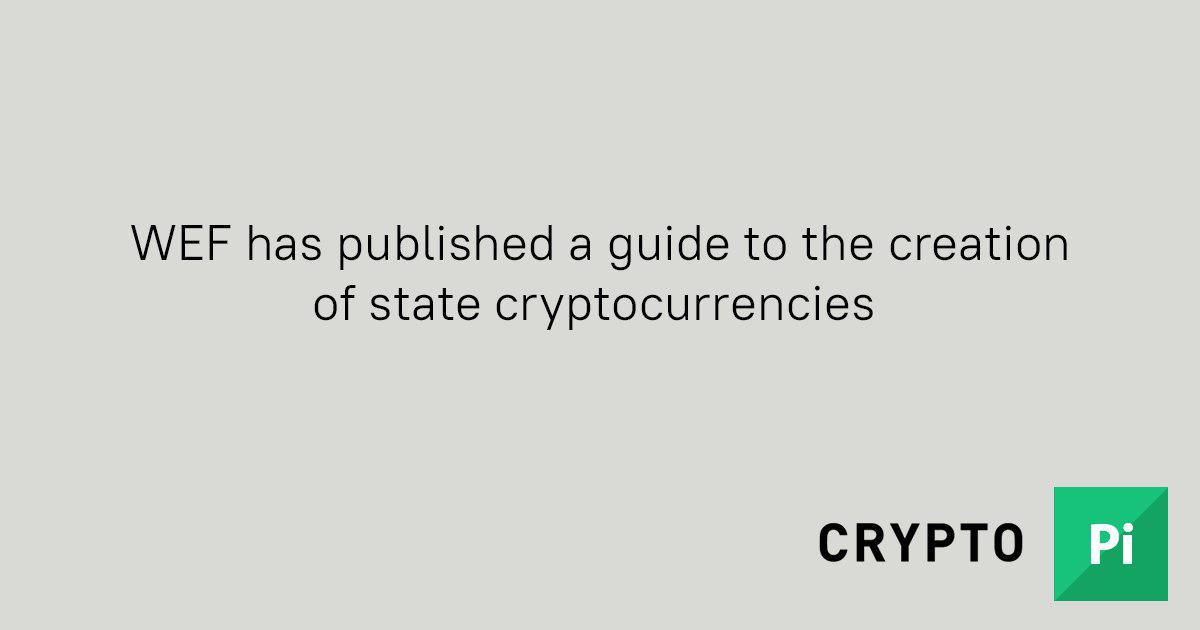 The World Economic Forum (WEF), together with the largest central banks, has presented guidelines identifying the benefits and risks of the state digital currency (CBDC).

According to the WEF, such a guide will help central banks understand whether they should develop their own cryptocurrency and also realize its advantages. When creating the document, the WEF interacted with regulators, central banks, international organizations and specialists fr om 40 different institutions.

Sheila Warren, head of the WEF blockchain and distributed registry technology development department, explained that central banks play a decisive role in the global economy, so any introduction of state cryptocurrency can have a strong impact on the financial system both domestically and internationally. It is imperative that central banks act prudently, carefully analyzing the opportunities and risks of such stablecoins.

According to the Governor of the Bank of Thailand, Veerathai Santiprabhob, who, together with the Bank of Hong Kong, tested the Central Bank's cryptocurrency to make cross-border payments, such a guide will be useful for further research and deployment of digital currency.

The document describes in detail the possible options for using the cryptocurrency of the Central Bank, as well as its advantages and disadvantages. For example, a stablecoin from the Central Bank can increase the efficiency of international transfers, reduce costs, provide transparent control and reduce the risks associated with counterparties. However, the cryptocurrency of the Central Bank may be useless for those countries wh ere there is already an effective payment system. Moreover, the document lists the risks that central banks should take into account when introducing state cryptocurrencies, for example, the refusal of the services of commercial banks, which can reduce their profit and the possibility of issuing loans.

In the WEF leadership, state cryptocurrencies are divided into three categories: retail, wholesale and hybrid. The retail category allows ordinary users or non-financial organizations to have digital currency accounts. State cryptocurrencies are an electronic system that provides access to the reserve of the central bank, such digital currencies can be used by banks and other financial institutions for interbank transactions and securities transactions.

As for the hybrid cryptocurrencies of the Central Bank, they allow financial institutions that do not have access to deposit funds of the central bank to store reserves in it. WEF believes that the cryptocurrencies of the Central Bank will improve security measures and monitoring of these organizations, as well as increase the efficiency of interaction with various payment systems.

The manual contains an explanation that in the case of the issuance of cryptocurrencies of the Central Bank on the basis of the blockchain, central banks will be able to fully control the issuance of digital currency, as well as delegate transaction confirmation to a more decentralized network, in which the regulated financial authorities will become participants, or to remain the only checking center.

In December, ECB's new president Christine Lagarde announced that the bank is already exploring the possibility of issuing digital currency, and this month six central banks, together with the Bank for International Settlements, created a task force to study state digital currencies.