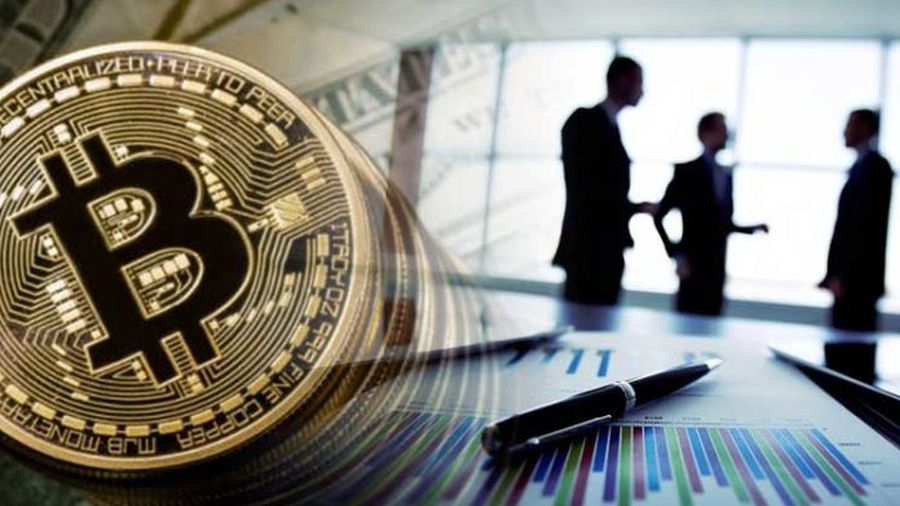 Every year, hundreds, if not thousands of blockchain events are held in the world that promise visitors the opportunity to talk with leading experts in this field and get acquainted with the latest technologies. But only a few of them really pay for the time and money spent on their visit.
In May 2018, New York exploded from closed parties. They were arranged by crypto-investors and millionaires who participated in one of the most famous blockchain conferences in the world - Consensus 2018. Aston Martin sports cars, whose cost starts at $ 150,000, rented by Lamborghini, which have long won the status of a necessary attribute dolce vita, night clubs with waitresses in corsets and lace underwear - despite the fall of Bitcoin in the first half of 2018, the industry continued to live a life in which Bitcoin was trading at $ 20,000.
Holding blockchain conferences at that time was almost more profitable than trading, especially considering the significantly lower risks. Only on tickets for the Consensus 2018 blockchain conference, the organizer CoinDesk earned about $ 8 million.
But the protracted recession in the cryptocurrency market also affected the event industry. The main complaint against the organizers of blockchain events turned out to be insufficiently careful selection of speakers, among which often turned out to be employees of dubious cryptocurrency companies or newcomers with little knowledge of technology.
However, by the fall of 2019, the event industry around the blockchain has already changed dramatically in response to requests from the community.
So, a list of the best blockchain conferences for 2020.
Chain 2020, January 2020, Hong Kong (China)
Blockchain conferences should carry an educational mission to attract and unite young and talented specialists around new technology. This was decided by the organizers of the Hong Kong Conference Chain 2020, which amazes with its scale and scope of topics for discussion. Chain 2020 is 10,000 visitors, a separate day dedicated to educational events that will affect not only the blockchain, but also fintech, robotics and artificial intelligence.
The Hong Kong Conference promises to be a landmark event for the crypto industry throughout the Asian region. Just read the list of invited guests, including the Huawei technical director, cryptocurrency partners and successful financiers with careers at leading American banks such as Bank of New York Mellon and Morgan Stanley, blockchain platform developers and blockchain association leaders. A guest of Chain 2020 will be the world-famous humanoid robot - Sofia, created by Hanson Robotics. The discussions will cover a wide range of topics - from digital currencies launched by the state, to scenarios for scaling and updating networks. Visitors will be able to learn more about what architectural solutions for blockchain platforms exist now and how development is going on in this area. And, of course, they will be able to discuss their knowledge with the robot Sofia. Just for the sake of this, it is already worth going to Chain 2020.
Autonomy 2040, January 2020, Tulum (Mexico)
Some conferences have remained in the background for a long time, but the time has come to loudly announce the potential of Latin American countries in the field of blockchain and cryptocurrencies. The Autonomy 2040 Conference in Tulum is organized for those who are interested in the opportunities and market situation in Latin America. Now, when many leading economies of the world tighten legislation on cryptocurrencies, seeing them as competition and preferring to be barred from risks, the authorities of developing economies - including in Latin America - are choosing a more loyal approach, legalizing cryptocurrencies and actively implementing payment blockchain solutions.
What is the decision of 60 Latin American banks to unite through a single provider and use the Bitcoin blockchain to accelerate cross-border payments on the continent. Among the promised guests of the conference are representatives of the largest crypto exchanges in the world, consulting companies, developers of payment blockchain solutions and creators of AI algorithms, as well as employees of the World Bank. Special attention at the conference will be devoted to tokenomics and the regulatory landscape regarding cryptocurrencies and blockchain in Mexico.
Blockchain Expo Europe, July 2020, Amsterdam (Netherlands)
An independent blockchain is good, but corporations are not ready to take their hands off the wheel. They need their manageable and, to the extent necessary, controlled decentralized solutions. It is precisely such decisions and platforms that will be mainly dedicated to one of the largest blockchain conferences in Europe, Blockchain Expo Europe, which will be held in July in Amsterdam. Blockchain solutions for retail and healthcare, logistics and trading, industry 4.0 and smart contracts in the energy sector, the Internet of things, cybersecurity, data analytics and artificial intelligence - visitors to the conference in Amsterdam will be able to comprehensively study and discuss issues related to blockchain and its corporate use .
DevCon6, October 2020
Even if you are not a member of the sect of idolaters Vitalik Buterin, the Devcon6 conference is an event that is worth a visit if you are interested in developing decentralized applications, application solutions based on the Ethereum blockchain or just have something to say about scalability. Devcon, which is held annually by the Ethereum Foundation, is aimed at developers, researchers, "thinkers," as stated in the description of the conference. The main emphasis is placed on the discussion of technological issues: the language of formal rules based on EVM, functional programming for Ethereum, the creation of Dapp and sharding, data privacy problems and the search for possible vulnerabilities.
Alexey Shternshis
Pi Capital Union